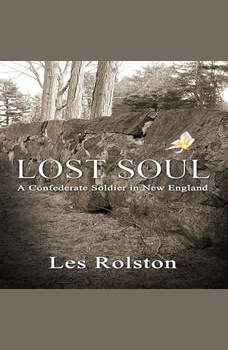 Sam Postlethwaite was a Confederate soldier buried in an unmarked grave in Rhode Island. Beginning with nothing more than a handful of dirt, author Les Rolston's innocent curiosity about this mysterious soldier's grave became a journey of thousands of miles that eventually led him to the soldier's family. The result is this factual account of Postlethwaite's odyssey and the author's determined efforts to learn his story. Other important facets of this affecting historical account are the experiences of Postlethwaite's fourteen-year-old brother, who found glory with Stonewall Jackson in the Shenandoah Valley; and a boy from a prominent Rhode Island family who was emotionally ruined by the Civil War. Both their families, embittered by war, were destined to merge through a Civil War romance and marriage. This book is a tribute to all of the people, Northerners and Southerners, who joined together to choose forgiveness and understanding over bitterness and hatred.