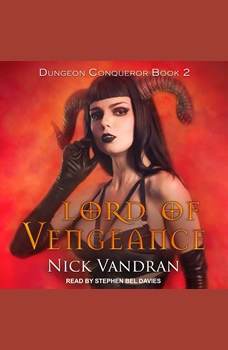 Keaton and his monster girls have defeated their first rival dungeon lord, but there are many more out there who'd love to take them down. One in particular seems eager to get his hands on Cassia, and when he demands the lieutenant under penalty of invasion, Keaton must think fast to keep his trusted companion safe. The quest to undermine that greater evil leads Keaton to ally himself with an alluring succubus who feeds on the sexual energy of wayward mages. Bonding with her may damage his relationship with Adriana and Cassia, but if they're going to stop Cassia's former master, they'll need all the help they can get. When a trap is sprung early and Keaton finds himself up against a wall, he'll have to use all of his powers to save his girls from a fate worse than death. Contains mature themes.