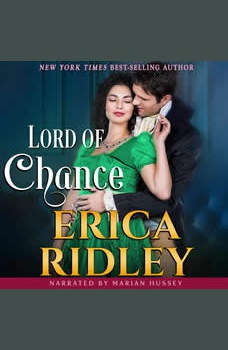 Never wager more than you can lose...

Disguised as a country miss, Charlotte Devon flees London, desperate to leave her tattered reputation behind. In Scotland, her estranged father’s noble blood will finally make her a respectable debutante. Except she finds herself accidentally wed to a devil-may-care rogue with a sinful smile. He’s the last thing she needs…and everything her traitorous heart desires.

Charming rake Anthony Fairfax is on holiday to seek his fortune…and escape his creditors. When an irresistible Lady Luck wins him in a game of chance—and a slight mishap has them leg-shackled by dawn—the tables have finally turned in his favor. But when past demons catch up to them, holding on to new love will mean destroying their dreams forever.