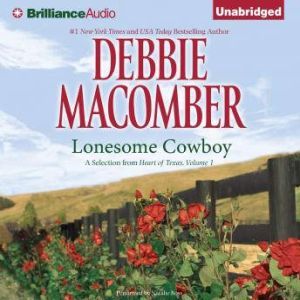 Lonesome Cowboy: A Selection from Heart of Texas, Volume 1

Savannah Weston lives quietly on the family ranch with her brother, Grady. Until she encounters a stranger named Laredo Smith, a disenchanted cowboy who just might change her life – in the best possible way!