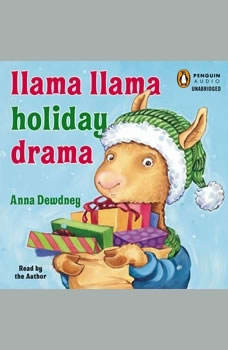 Llama Llama holidays. Jingle music. Lights ablaze. How long till that special date? Llama Llama has to wait. If there's one thing Llama Llama doesn't like, it's waiting. He and Mama Llama rush around, shopping for presents, baking cookies, decorating the tree . . . but how long is it until Christmas? Will it ever come? Finally, Llama Llama just can't wait any more! It takes a cuddle from Mama Llama to remind him that "Gifts are nice, but there's another: The true gift is, we have each other."