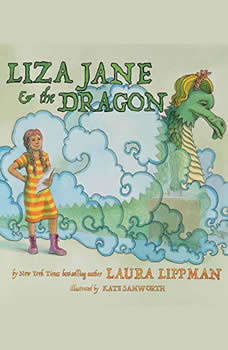 Liza Jane believed she could find better parents. So she fired her mom and dad and hired the first applicant who came to the door--what could possibly go wrong? And at first everything was fun. The dragon did whatever Liza Jane wanted him to do. But it turned out the dragon had only one response to all problems--opening his mouth and belching fire. Suddenly, people were scared of Liza Jane. The pizza delivery man didn't want to come to her house. No one wanted to play with her. And all that fire was very bad for the furniture. Could Liza Jane have been wrong about what kind of qualities she wanted in a parent?

The Missing Pieces of Me
by Jean Van Leeuwen

More than anything, ten-year-old Weezie wants to please her momma. She babysits her spoiled half-sister, Ruth Ann, and little Jackson. She makes tea for Momma in Gramma Emmeline’s beautiful teapot. She even tries to cook dinner. But nothing tu...

The Dark
by Lemony Snicket

Laszlo is afraid of the dark. The dark lives in the same house as Laszlo. Mostly, though, the dark stays in the basement and doesn't come into Lazslo's room. But one night, it does.This is the story of how Laszlo stops being afraid of the dark. Wit...

My Magic Breath
by Nick Ortner

From New York Times bestselling author Nick Ortner comes a beautiful book that will help children discover calm through the magic of mindful breathing:Do YOU have the magic breath?Let’s see…Take a deeeeeep breath in…and BLOW it ou...

Fans of JUDY MOODY already know that Judy has a mood for every occasion—and this time Judy is in a jealous mood. Jealous of classmate Jessica Finch, that is, who gets her picture on the front page of the newspaper. When Judy sets off in pursui...

The Recovery
by Suzanne Young

Realm hopes that with each past he helps to recover, he’ll be able to reclaim a small bit of his own in this spinoff story to Suzanne Young’s bestselling duology, The Program and The Treatment.Six months after the fall of The Program, ex...

Smiles to Go
by Jerry Spinelli

After being initiated into a neighbor's family by a solemn backyard ceremony, a young Russian American girl and her African American brothers' determine to buy their gramma Eula a beautiful Easter hat. But their good intentions are misunderstood, un...

A blue crayon mistakenly labeled as 'red' suffers an identity crisis in this picture book by the New York Times-bestselling creator of My Heart Is Like a Zoo and It's an Orange Aardvark! Funny, insightful, and colorful, Red: A Crayon's Story, by Mic...

#1 NEW YORK TIMES BESTSELLER"[A] poetic reckoning of the importance of love in a child's life . . . eloquent and moving."—People "Everything that can be called love -- from shared joy to comfort in the darkness -- is gathered in the ...