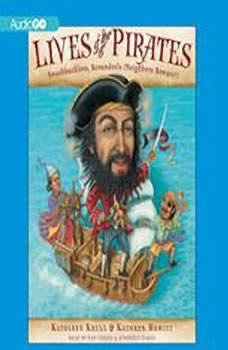 Series: The Lives of Series #1

The pirates of legend sailed the seven seas, exercised a salty vocabulary, and pursued lives full of swordplay and adventure. But what was life like for the real pirates of history? What odd animals did William Dampier have on board? Why did Grace O'Malley cut off her hair? And which pirate liked to wear pajamas on deck? Through the spyglass of the seafaring, Kathleen Krull and Kathryn Hewitt return to their acclaimed series of collective biographies, complete with fascinating facts and sly characters. From the notorious to the forgotten, Lives of the Pirates digs up the treasure buried in pirate history-perfect for scurvy dogs and curious readers of all ages.