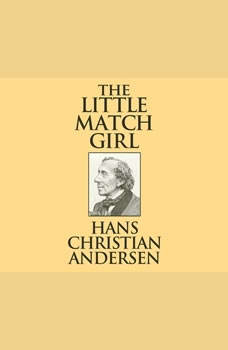 In The Little Match Girl, a barefoot girl tries unsuccessfully to make money for her family by selling matches on the street. Afraid to go home empty-handed and face her fathers wrath, she decides to take shelter in an alley for the night and lights matches to keep herself warm. The harsh realism of this story reminds listeners to be grateful and kind during the cold holiday season.