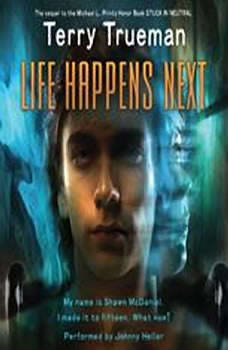 Stuck in Neutral, a Printz Honor Book, introduced the world to Shawn McDaniel, a fourteen-year-old kid with cerebral palsy. But what happens next?Shawn's got a new perspective on life. But no one has a clue. That's because they can see only his wheelchair, his limp body, his drool. What they don't see? His brain, with perfect auditory memory. And his heart, which is in love with a girl. And his fierce belief that someday someone will realize there's way more to him than his appearance. How do you connect with others when you can't talk, walk, or even wave hello? In the sequel to Stuck in Neutral, which ALA Booklist called "an intense reading experience," Shawn McDaniel discovers a new definition of "normal" and finds that life happens next for everyone.

I Don't Want to Wash My Hands!
by Tony Ross

From beloved children's author and illustrator Tony Ross, comes a fun to read and humorous take on the importance of handwashing.The Little Princess does not want to wash her hands. After all, she's already washed her hands so many times! She's wash...

This is a Hospital, Not a Zoo!
by Roberta Karim

By 6 a.m. at Cloverleaf Hospital, young patient Filbert MacFee is ready to go home. He doesn't need any more bed rest. He doesn't want any more shots or x-rays. And he just can't stand any more medicine. How can Filbert fight off the nurses, technic...

Angels Watching Over Me
by Lurlene McDaniel

It is just two weeks before Christmas, and 16-year-old Leah Lewis-Hall is stuck in a hospital room. Leah is lonely and worried, but she doesn't want to trouble her honeymooning mother. When her new roommate Rebekah needs a friend, Leah forgets her o...