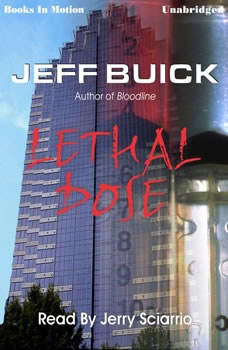 Veritas Pharmaceuticals is a corporate powerhouse. But many of the drugs Veritas puts on the market are extremely dangerous, even potentially fatal and Bruce Andrews, CEO of the company, is well aware of it. Andrews isn't about to let that or anything get