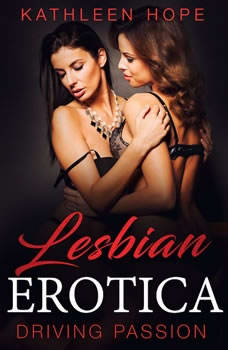 Bailey’s ride from the airport was a huge thrill. It seemed the United States was everything she’d heard it was. She gasped as the driver took her past the giant Hollywood sign. And when they drove through downtown LA, she was left speechless by all the glamorous people she saw. Handsome men, stunning women. Even the dogs boasted shiny new collars. “This place is amazing!” Bailey said. “I’m going to have so much fun on my trip here.” “You sure are,” Mr. Cook answered. “You’ve got a trip to the museum planned for tomorrow afternoon. As well as a visit to the opera later this week, and then we’ll get you all signed up for piano lessons. How does that sound?” “Uh, that sounds just… grand, Mrs. Cook,” Bailey answered. But secretly she rolled her eyes. Mrs. Cook was about as much fun as a migraine – which was why she was hired to be Bailey’s chaperone. Somebody had to make sure their daughter didn’t have too much fun on her trip to the United States – especially with her marriage only two weeks away. As Bailey gawked out of the window, admiring the bustling Hollywood night life, she wasn’t thinking about her marriage at all. Travis was all the way across the Atlantic Ocean, just like her family. At this moment, she only wanted fun. Mrs. Cook called out, “Driver, please stop the vehicle at the nearest opportunity. I must powder my nose.” “Sure thing, Mrs. C,” the driver answered. The driver’s voice instantly caught Bailey’s attention. She hadn’t noticed until now that the driver was a woman. A petite young woman with a red pixie cut spilling out from under her driver’s cap. She boasted full lips decorated by red lipstick and a single funky earring. She looked like a rockstar or a drug dealer. Bailey was fascinated. She leaned forward and asked her, “Are you from Hollywood?” The driver laughed. “Actually, I’m from back east. Boston. I can tell you’re... WARNING: This book contains sexual content and is intended for mature audiences only. 18+