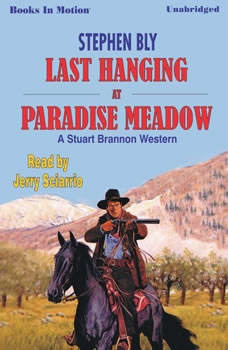 Stuart Brannon's friend Peter Mulroney has been wrongfully jailed by Dixon Rutherford, the corrupt Mayor of Paradise Meadow. Rutherford killed Mulroney's wife for standing up to him, and continues tyrannizing the entire town. Brannon comes to break his fr