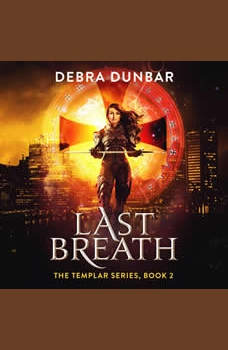 What do a dead cosplayer and a ritual murder have in common? Plenty.

Solaria Ainsworth isn’t a paladin, she’s not even an ordained Templar Knight, but she can’t resist poking her nose into police business when magicians are found murdered in Baltimore. When the murders spread to include those of the magical group Haul Du, she rethinks her participation in the investigation. Why should she bother to assist a group that kicked her out the moment they discovered she was a Templar, the group that forbade any of their members to have contact with her?

Is the killer an angel or a demon, or both? No matter her old grudge, Aria can’t ignore the bloodbath right under her nose, and she definitely can’t ignore the practice of death magic that has stolen innocent lives and souls.