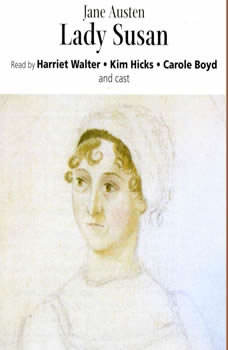 Lady Susan was the first of Jane Austen’s novels to be completed. An epistolary novel in eighteenth-century style, it tells the story of the recently widowed Lady Susan Vernon, intelligent but highly manipulative, who is intent on gaining financially secure relationships for both herself and her wayward but shy teenage daughter Frederica. Less known than Austen’s six great later novels, it demonstrates the wit and sharp observations of Jane Austen – and is shown at its best in audiobook form, with different actresses presenting real characters as they read their letters.