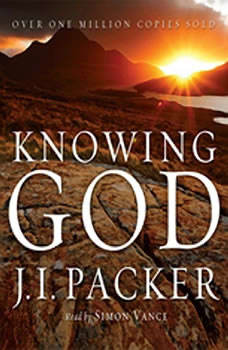 A lifelong pursuit of knowing God should embody the Christian's existence. According to eminent theologian J.I. Packer, however, Christians have become enchanted by modern skepticism and have joined the "gigantic conspiracy of misdirection" by failing to put first things first. Knowing God aims to redirect our attention to the simple, deep truth that to know God is to love His Word. What began as a number of consecutive articles angled for "honest, no-nonsense readers who were fed up with facile Christian verbiage" in 1973, Knowing God has become a contemporary classic by creating "small studies out of great subjects." Each chapter is so specific in focus (covering topics such as the trinity, election, God's wrath, and God's sovereignty), that each succeeding chapter's theology seems to rival the next, until one's mind is so expanded that one's entire view of God has changed. Author Elizabeth Eliot wrote that amid the lofty content Packer "puts the hay where the sheep can reach it--plainly shows us ordinary folks what it means to know God." Having rescued us from the individual hunches of our ultra-tolerant theological age, Packer points the reader to the true character of God with his theological competence and compassionate heart. The lazy and faint-hearted should be warned about this timeless work--God is magnified, the sinner is humbled, and the saint encouraged. --Jill Heatherly