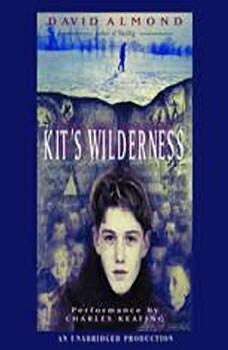 The Printz Award–winning classic gets a new look.

Written in haunting, lyrical prose, Kit’s Wilderness examines the bonds of family from one generation to the next, and explores how meaning and beauty can be revealed from the depths of darkness.

The Watson family moves to Stoneygate, an old coal-mining town, to care for Kit’s recently widowed grandfather. When Kit meets John Askew, another boy whose family has both worked and died in the mines, Askew invites Kit to join him in playing a game called Death. As Kit’s grandfather tells him stories of the mine’s past and the history of the Watson family, Askew takes Kit into the mines, where the boys look to find the childhood ghosts of their long-gone ancestors.

Long Way Down
by Jason Reynolds

From Carnegie Medal finalist Jenny Valentine comes a bold new story about the boundlessness of love and second chances, perfect for fans of David Levithan's Every Day. Jude doesn't believe in love, or magic. Life is little more than ordinary. That ...

Bird, a 13-year-old girl with a mission, has run away in pursuit of her stepfather. She's sure she'll be able to convince him to return home—to fill the hole he left in their family. And while she hides near his sister's farmhouse, she becomes...

Nothing is like it used to be. If it were, Mama would still be alive. Papa wouldn’t have died. And Charlie would still be the same old loving big brother to 13-year-old Lafayette, not a hostile stranger, just back from doing time at a correcti...

The Grand Prize winner of HarperCollins's audio drama contest. "By turns amusing and angst-filled, this well-paced production is a good choice for fans of full-cast audios" (AudioFile).All Alex Dassan needs to do is win second place in the debate t...

The Tightrope Walkers
by David Almond

International award-winner David Almond draws on memories of his early years in Tyneside, England, for a moving coming-of-age novel, masterfully told.A gentle visionary coming of age in the shadow of the shipyards of northern England, Dominic Hall i...