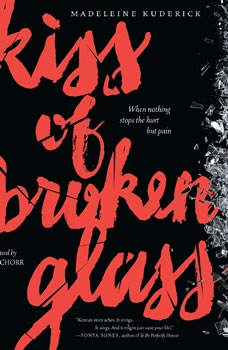 My name is Kenna.No one ever told me the truth about cutting—How scars multiply like freaking rabbits.How cutting turns you into a pathological liar.How getting caught lands you in a psych ward with no way out for 72 hours.But that's exactly what happens.To me anyway.And I bet you wonder how anyone could ever change—in just three days, in a place like this where everybody's broken.Trust me.I wonder that myself.An incandescent novel that pulses with emotion and lingers long after the last page, Kiss of Broken Glass is unforgettable.

Two boys, separated by the canyons of time and two vastly different cultures, face the challenges by which they will become men.Coyote Runs, an Apache boy, takes part in his first raid. But he is to be a man for only a short time.More than a hundred...