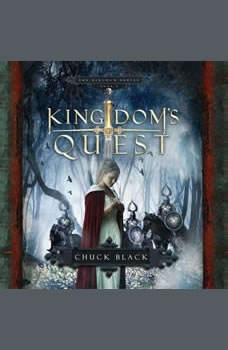 He was called to fulfill a mighty quest, filled with fierce battles. A quest to bring hope to the kingdom&hellip;Having narrowly escaped death at the hands of the&#160;evil Shadow Warriors, Sir Gavin is given a new&#160;name by the Prince to signify his new allegiance&mdash;&#160;to the cause of the One he once swore to kill. Called to&#160;share this message to everyone in the land of&#160;Arrethtrae, Sir Gavinaugh takes up his sword and&#160;embarks on an epic journey.&#160;Winning hearts and minds with the power of his words&#160;and his skill with a sword, Gavinaugh travels from one&#160;end of the kingdom to the other, telling Outdwellers about the Prince, convincing them to join him. And&#160;though Gavinaugh is at times beaten, thrown in prison, or stranded far from home, the Prince Himself&#160;guides his words, his sword, and his pilgrimage.&#160;Journey to Arrethtrae, where the King and His Son implement a bold plan to save their kingdom; where&#160;courage, faith, and loyalty stand tall in the face of opposition; where good will not bow to evil&mdash;and the&#160;Prince&rsquo;s chosen messenger speaks boldly of His quest.