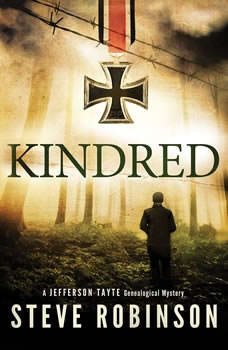 Jefferson Tayte is good at finding people who don’t want to be found. For years he has followed faint genealogical trails to reunite families—and uncover long-hidden secrets. But Tayte is a loner, a man with no ties of his own; his true identity is the most elusive case of his career.But that could all be about to change. Now Tayte has in his possession the beginnings of a new trail—clues his late mentor had started to gather—that might at last lead to his own family. With Professor Jean Summer, his partner in genealogical sleuthing, he travels to Munich to pick up the scent. But the hunt takes them deep into dangerous territory: the sinister secrets of World War II Germany, and those who must keep them buried at any cost.When their investigations threaten to undermine a fascist organisation, Tayte and Summer know time is running out. Can they find their way to the dark heart of a deadly history before they become its latest victims?This is the fifth book in the Jefferson Tayte Genealogical Mystery series but can be enjoyed as a stand-alone story.