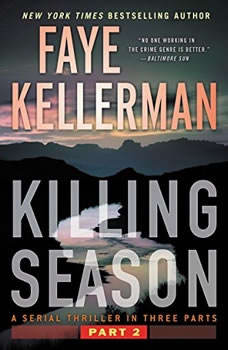 New York Times bestselling author Faye Kellerman delivers an electrifying crime novel of suspense as a young man’s obsessive investigation into his sister’s death draws him into the path of a sadistic serial killer.While Ben and Ro have found happiness as a couple in Part 1, Ben’s obsession with his sister’s murderer continues to consume him. Now on Christmas day, he will make his way to Berkeley, hoping to find answers before the killer strikes again. Will Ben and Ro find the missing pieces before it’s too late?