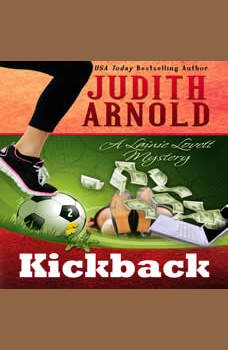 A huge sum of money has gone missing from the Hopwell School’s parent-teacher organization. The evidence points to a ditzy school secretary, but when she dies abruptly, Lainie Lovett’s colleagues turn to her to figure out where the money went. Did the secretary embezzle it before she died? Did one of the aggressive Super Moms who run the organization pocket the money? What’s going on with the cute new gym teacher at Hopwell? And what’s the deal with the secretary’s husband and his odd hairdo? Most important, will Lainie survive long enough to find the money in time to save the Faculty Appreciation Luncheon?