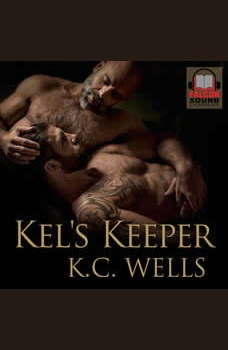 When Kel Taylor’s life changes irrevocably, he finds himself alone in the world. He might have rebelled a little against his parents, but that didn’t mean he was ready to lose them. Unable to cope with his grief and feelings of guilt, he turns to booze, but before he hits rock bottom, someone dives into the murky waters to save him.

Luc Bryant watched Kel grow from the little kid whose football broke a pane in his greenhouse, into the sexy young man who sent heat racing through him. That was when Luc stopped watching and distanced himself, because he didn’t want to be that kind of a man. And that’s how things continued, until he saw to what depths the boy had sunk. Luc will be damned if he’ll let Kel kill himself. What Kel needs is a friend, and Luc’s shoulders are plenty big enough to bear his burdens.

Kel doesn’t need a friend. He needs a pair of strong arms to hold him, a broad chest to curl up against, someone to listen to him, someone who cares for him… and a whole lot more.

What he needs is a Daddy.

He just doesn’t know it yet.