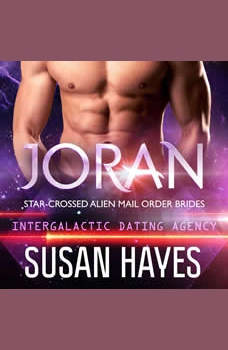 Joran, Crown Prince of Pyros, needs to claim his mate in order to ascend to the throne one day. The problem? His destined mate isn’t on Pyros.

When a galaxy-wide search uncovers a backwater world full of potential mates for Joran and the other unmated males on his planet, plans are set in motion and Star-Crossed Dating is created. Now, the first wave of men are on their way to claim their unsuspecting brides. Joran’s mission: Go to Earth, claim his mate and bring her back to Pyros. How hard could it be?

This book contains a redheaded barista who doesn’t believe in aliens, and a prince who is used to getting anything he wants without having to work for it…until now.