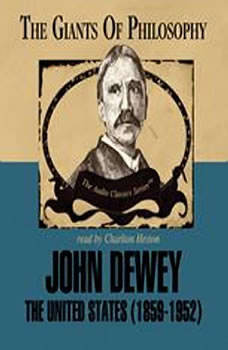 John Dewey wants philosophy to rise above old tired disputes to address new, more vital questions and problems. His views are known as "pragmatism," which emphasizes action and results. Here philosophy isn't a system of beliefs but a practical, empirical method of inquiry. Dewey created new theories of human experience, knowledge, education, social and political philosophy, ethics, art and religion. Art isn't separated from life in museums, it's part of daily activities. Religious experience isn't found in institutionalized religion but in everyday spirituality. God is natural (not supernatural), ideal (not real); salvation is found in continuing, common action. Ethical values describe a thing's relationship to its environment; inquiry must establish what is good as well as what we know (epistemology). Experience is a continuing, unstable social phenomenon, not a past event. Philosophy is one with education, which continually develops and renews the capacity for new habits. Democracy is a way of life more than a form of government; each person should help create and direct the social forces that affect our lives. Philosophy, experience, education, inquiry, and democracy are bound together, mutually implying one another.