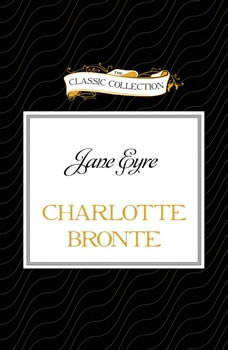 Featured title on PBS's The Great American Read in 2018The stark and beautiful romance of a governess and the master of a house with long-kept secrets.After a sad and neglected childhood as an orphan, Jane Eyre is hired by Edward Rochester as governess for his ward. Jane is pleased with the quiet country life at Thornfield, with the beautiful old manor house and gardens, with the book-filled library, and with her own comfortable room.But there are stories of a strange tenant, a woman who laughs like a maniac, and who stays in rooms on the third floor. The moody Rochester rebuffs her attempts to find discover more, ordering her to keep silent on the matter.An unlikely relationship blooms between the two, however, and Jane is thrilled to accept Rochester’s proposal of marriage. But the quiet ceremony is shockingly halted by a stranger who claims that Rochester was already married—to the raving maniac Jane had heard crying in the house.Grief-stricken, Jane flees from Thornfield, feeling that her life is over before it has really begun. Can she ever hope to find a comfortable life again—or even dare to dream of a happily ever after?This novel is part of Brilliance Audio’s extensive Classic Collection, bringing you timeless masterpieces that you and your family are sure to love.