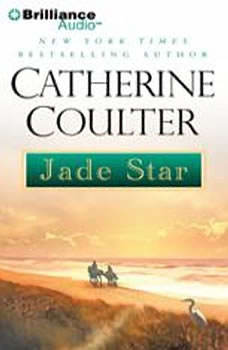 Dear Listener: Jade Star, the final novel of the Star series, first appeared in May 1987. I haven’t rewritten this novel; it’s just wearing nice new clothes. Saint Morris has always been my favorite character among all the wonderful San Francisco men. He is fascinating, honorable, and sexy – the perfect hero. Saint first meets Juliana DuPres on the island of Maui when he is a very young doctor, just landed off of a whaler, and she is the thirteen-year-old daughter of an impossibly puritanical minister. When he leaves Maui he takes the girl’s heart with him. When Saint sees Juliana again it is six years later and she is being sold in a slave auction in San Francisco. He saves her, then returns her to her parents in Maui. But there is no welcome home for Juliana. She is an outcast, reviled by her family, considered no better than a prostitute. What is Saint to do? He does what any honorable man would do – he marries her and takes her back to San Francisco. He likes to think of himself as her protector and her brother. Juliana has other ideas. Now their adventures begin. In Jade Star you will see again the full cast of characters from the other San Francisco novels. I do hope you’ll write and tell me which are your favorites. Catherine Coulter