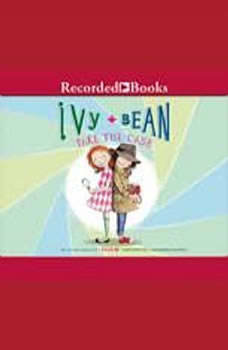 Ivy and Bean Take the Case

Series: The Ivy and Bean series #10

Watch out, you diabolical masterminds! There's a new detective on Pancake Court: Bean! She laughs at danger! She solves even the most mysterious mysteries! What? There aren't any mysteries? Then Bean and her assistant, Ivy, will make some!