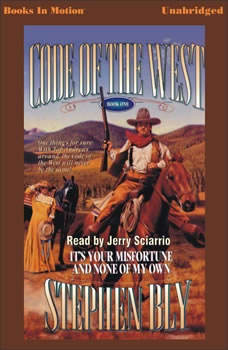 It's Your Misfortune, And None Of My Own

Series: Code of the West #1

Pepper Paige is tired of her life as a dance hall girl, and tired of fearing Jordan Beckett, a violent patron who has turned his attentions on her. When a stagecoach wrecks and an injured woman dies in her room, Pepper assumes her identity and leaves town