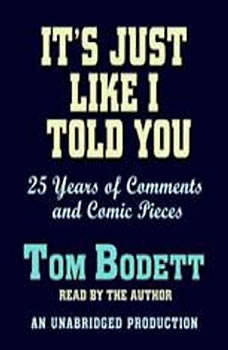 It's Just Like I Told You: 25 Years of Comments and Comic Pieces