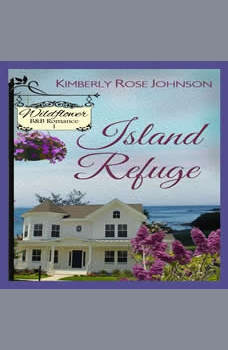 Five-Star-Chef Zoe Griffin walked away from her dream job. Did she make a mistake?

Her engagement off, Zoe Griffin retreats to tiny Wildflower Island in the Puget Sound. Hiding out as a cook and maid at a shabby bed-and-breakfast seems crazy for a chef who’s used to running her own five-star kitchen. And just as she starts to feel at home, her klutzy mishaps make Zoe fear her handsome new boss will fire her.

Dr. Nick Jackson is done with medicine, and owning a B and B is as far from doctoring as he can get. He needs help, but his only employee’s mistakes give him doubts. As Zoe lets her defenses down, Nick begins to see a competent and caring woman. One whose wounds are as deep as his own. But as they fall for each other, Nick and Zoe must learn the hardest lesson of all - to forgive. Only then can they heal the past and embrace the future...together.