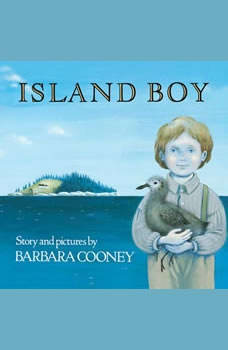 The acclaimed author of Miss Rumphius recounts the lives of four generations living on a New England coastal island and the importance of family ties.

The youngest and quietest of 12 children, Matthias grew closest to Tibbets Island, learning its secrets through the years. And though in later years he sailed to faraway places, he always returned to the island he loved.


"Island Boy is certain to be a favorite for family sharing, as well as a must for school and public libraries. Teachers will love it; buy extra copies."—School Library Journal

"As encompassing as the portrait of a life depicted in the award-winning Miss Rumphius , Cooney's latest work is an ode to simple acts of daily living."—Publishers Weekly

Alice made a promise to make the world a more beautiful place, then a seed of an idea is planted and blossoms into a beautiful plan.  This beloved classic and celebration of nature—written by a beloved Caldecott winner—is lovelier t...

Though she came from a wealthy and privileged family, Eleanor Roosevelt grew up in a cheerless household that left her lonely and shy. Years passed before Eleanor began to discover in herself the qualities of intelligence, compassion, and strength t...