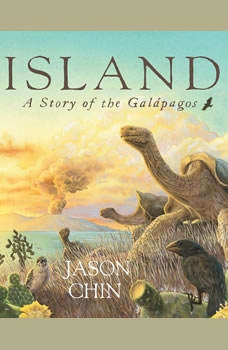 Island: A Story of the Galapagos

Charles Darwin first visited the Gal?pagos Islands almost 200 years ago, only to discover a land filled with plants and animals that could not be found anywhere else on earth. How did they come to inhabit the islands? How long will they remain? Thoroughly researched, this historical and scientific book tells the epic saga of the life of an island?its birth in fire, its rise to greatness, its decline, and, finally, the emergence of life on new islands.

Simple science text and dramatic illustrations give a close-up view of the fascinating world of the dung beetle. When an animal lightens its load, dung beetles race to the scene. They battle over, devour, hoard, and lay their eggs in the precious po...

In 1918 Wisconsin, 11-year-old Sterling North has an almost perfect life. He keeps skunks in the backyard, goes everywhere with his enormous Saint Bernard, and is building a canoe in the living room. The only trouble is life gets a little lonely for...

Have you ever wondered just how a glow stick works? Or what about those glow-in-the-dark stars you stick on your ceiling keep on shining? In her first book, author and teacher Anita Sitarski answers these questions and more giving listeners the insi...

Discover complex organisms with amazing life cycles that feed on your body, animals and plants all around you.

What Happened to the Mammoths?
by Jack Myers

Few activities grip our attention more than animal watching. Dolphins and seals bring us much joy, and sharks and alligators hold us in awe. But animals can also prompt a variety of fascinating questions. -Why do dolphins sometimes surf? -How well c...

Charles Darwin's On the Origin of Species
by Sabina Radeva

Bury the Dead
by Christopher Sloan

More than 2,000 years ago, Chinese emperor Qin Shi Huang Di was laid to rest in a tomb guarded by thousands of life-size clay statues of warriors and horse-drawn chariots. Some 1,000 years earlier, the tombs of Chinese emperors were not guarded by c...