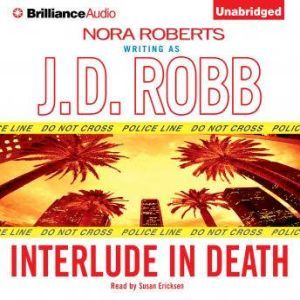 In early spring of 2059, Lieutenant Eve Dallas is called off planet to face a grueling ordeal - giving a seminar at the largest police conference of the year, to be held in a swanky resort. A resort which just happens to be owned by her husband, Roarke, of course. Even though Eve can't quite see it that way, it's supposed to be at least partly a vacation. But work intrudes in the form of a bloody homicide, and Eve is off and running. The case is complicated by Eve's personal history with the victim - and by the killer's history with Roarke. As danger closes in and the body count rises, Eve must find a way to stop the cycle of violence and revenge, and shove the past back where it belongs. 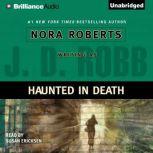 I'm relatively new to JD Robb/Nora Roberts books. Those I've read have been full length novels, but this one would qualify as a novella or even a short story. It's very compact, well told, but it was over in an hour or so. Just a 'heads up' kind of review.

I am a big fan of the in death series. Even though this is only 88 pages, it full of sex and mystery just like a full length book. Enjoyed very much.

Dallas solves the mystery quickly in this short novel. You can read it at one setting without difficulty. Enjoy.