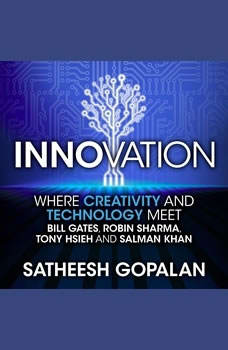 Innovation: Where Creativity and Technology Meet

INNOVATION: Where Creativity and Technology Meet is a documentary about Creativity, Innovation, and Technology. This audio program takes listeners on a world-wide journey to show how great achievers use creativity, innovation, and technology to thrive in a hyper-connected and hyper-competitive world. Some of the greatest innovators of our time like Bill Gates, Salman Khan and others, make listeners feel that they too can become great and it is never too late to become the person he or she wants to be.