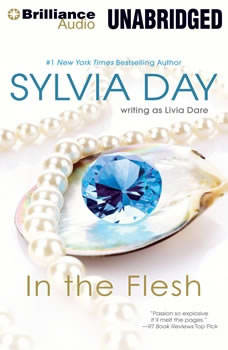 Dear Listeners,Some of you may remember this story as Sapphire’s Worth. Written in 2004, a few brief excerpts were posted on my Website and they were never forgotten—I’ve been receiving e-mail about Sapphire and Wulf ever since!In the Flesh was my second completed novel and although I have written many more since then, this Arabian Nights tale of seduction, power, and ultimate surrender holds a special place in my heart. Wulfric remains one of my favorite heroes. I hope he’ll become one of yours as well!With love, Sylvia“Lush, evocative, inventive… Livia Dare delights.” —Shayla Black, New York Times bestselling author“This book will make you an instant fan.” —RT Book Reviews Top Pick