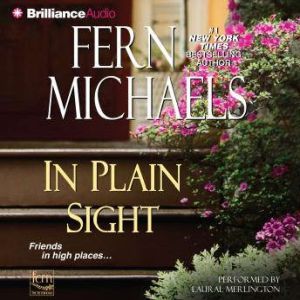 The Bond of SisterhoodFor years Myra Rutledge and Annie de Silva, founding members of the Sisterhood, have funded an underground network run by former Supreme Court Justice Pearl Barnes to help women escape abusive relationships. When two of Pearl's clients fail to report for their weekly check-in, the Sisterhood and their allies begin a search for French model Amalie Laurent and her one-time maid, Rosalee Muno. Amalie's estranged husband, Lincoln Moss, is a distant cousin of the President of the United States and one of his closest advisers. Moss's power is matched by the violent streak he hides from the world, and he beat Amalie viciously until she finally escaped with her maid's help. Moss is accustomed to doing exactly what he wants without fear of consequence. But Moss has never faced an adversary like the Sisterhood.…