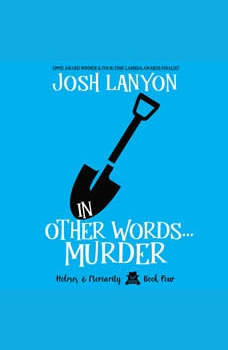 In Other Words...Murder: Holmes & Moriarity 4

Mystery author and sometimes amateur sleuth Christopher Holmes is now happily (all things being relative) engaged to be married and toying with starting a new career as a true-crime writer when he learns a body has been discovered in the backyard of his former home.

To complicate matters, Christopher’s ex turns up out of the blue, suggesting the body may belong to Christopher’s former personal assistant.

It’s life as usual at Chez Holmes. In other words… Murder.