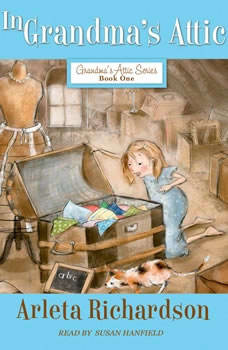 A young girl delights in her grandmother’s stories of days gone by, sparked by keepsakes and simple questions, Grandma shares marvelous stories of mischief , discovery, and laughter, such as the time she accidentally lost the family buggy.

Part of the bestselling Grandma’s Attic series, these charming tales—updated with delightful new illustrations—will whisk you away to another time and place. And you’ll find something worth far more than any treasure or keepsake…timeless lessons of life and faith!