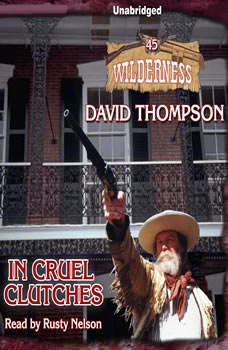 Dangerous Territory! Zach King, son of legendary mountain man Nate King, is at home in the harshest terrain of the Rockies. But nothing can prepare him for the perils of civilization. Locked in a deadly game of cat-and-mouse with his sister's kidnapper, Zach wends his way through the streets of New Orleans like the seasoned hunter he is. Yet this is not the wild, and the trappings of society offer his prey only more places to hide. Dodging fists, knives, bullets and even jail, Zach will have to adjust to his new territory quickly--his sister's life depends on it.