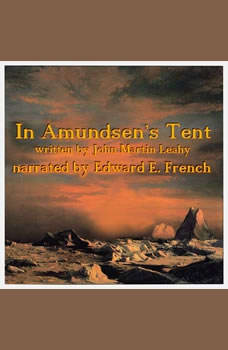 “In Amundsen's Tent" is a short horror fiction inspired in part by various expeditions to the South Pole, beginning in the late 1890s. These culminated in the famous effort led by Roald Amundsen, who was the first to reach the South Pole on December 14, 1911. In Amundsen’s Tent, a three man expedition to Antarctica arrives at the deserted camp of an earlier trio of explorers. In the tent is the journal of Robert Drumgold, who with two other men, perished mysteriously near the South Pole. The journal relates the horror and madness that ensued when the explorers were stalked by a mysterious being of supernatural or extraterrestrial origin. Also in the tent is Mr. Drumgold’s frozen dismembered head.