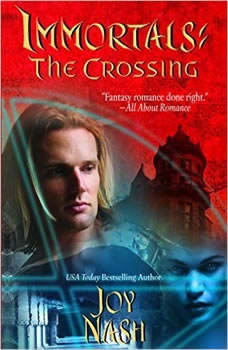 For Manannán mac Lir, a musician and Celtic demigod, life had become a blur of post-gig parties, expensive whisky, and cheap sex. And then the baby almost died—a baby he had sworn to protect. On the hunt for the would-be killer, Mac finds Artemis Black, a stunningly dangerous woman who's inexplicably able to intertwine life magic with death magic. For the safety of his people, he should destroy her. But the aching vulnerability in her eyes calls to him. And the raw desire she inspires has nothing to do with a spell. Their love may be forbidden, but Mac and Artemis can't go back once they've made…The Crossing.