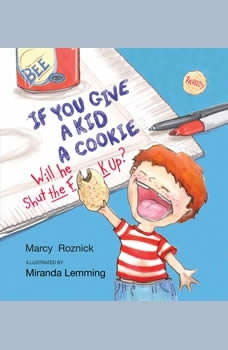 If You Give a Kid a Cookie, Will He Shut the F**k Up?: A Parody for Adults

Before they Go the Fuck to Sleep, they need to Shut the Fuck UpIf you give a kid a cookie, will he shut the fuck up? That is the question at the heart of this hilarious, deeply honest, profanity-laced book for parents who will do whatever it takes for a moment's peace. What really happens when you give in to your child's tantrums? The events that follow this seemingly simple act will test parents to the breaking point…while entertaining the millions of us who have been there ourselves (and lived to tell). Also a cautionary and instructive tale for new parents, If You Give a Kid a Cookie, Will He Shut the F**k Up? is a must-have for every family library collection. Just keep it on the top shelf.