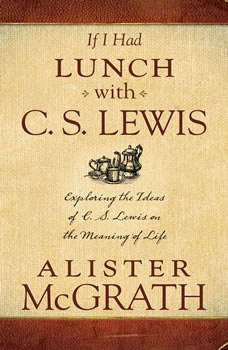 If I Had Lunch with C. S. Lewis: Exploring the Ideas of C. S. Lewis on the Meaning of Life

Have you ever wondered&hellip;whether God exists?whether life has meaning?whether pain and suffering have a purpose?This audio book is my invitation to sit down with C. S. Lewis and me to think about some of the persistent questions and dilemmas every person faces in life. We&rsquo;ll explore Lewis&rsquo;s thoughts on everything from friendships to heaven, from the reasons for faith to the power of stories.Lewis is one of a small group of people who both learned from life&rsquo;s challenges and were able to pass on his wisdom elegantly and effectively. So why not see Lewis as a mentor and coach?&mdash; Dr. Alister McGrath