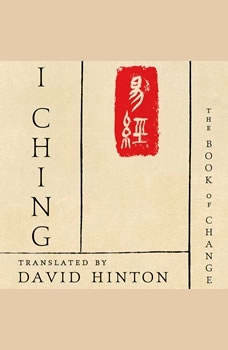 I Ching: The Book of Change

In a radically new translation and interpretation of the I Ching, David Hinton strips this ancient Chinese masterwork of the usual apparatus and discovers a deeply poetic and philosophical text. Teasing out an elegant vision of the cosmos as ever-changing yet harmonious, Hinton reveals the seed from which Chinese philosophy, poetry, and painting grew. Although it was and is widely used for divination, the I Ching is also a book of poetic philosophy, deeply valued by artists and intellectuals, and Hinton's translation restores it to its original lyrical form. Previous translations have rendered the I Ching as a divination text full of arcane language and extensive commentary. Though informative, these versions rarely hint at the work's philosophical heart, let alone its literary beauty. Here, Hinton translates only the original strata of the text, revealing a fully formed work of literature in its own right. The result is full of wild imagery, fables, aphorisms, and stories.