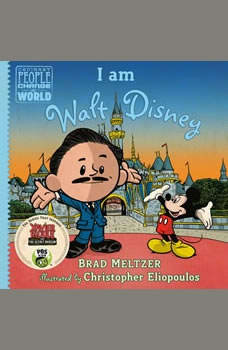 I am Walt Disney

The 18th book in the New York Times bestselling series of biographies about heroes tells the story of Walt Disney, who made dreams come true.

This friendly, fun biography series focuses on the traits that made our heroes great--the traits that kids can aspire to in order to live heroically themselves. Each book tells the story of one of America's icons in a lively, conversational way that works well for the youngest nonfiction listeners and that always includes the hero's childhood influences. This volume features Walt Disney, who makes dreams come true for himself and countless kids around the world.