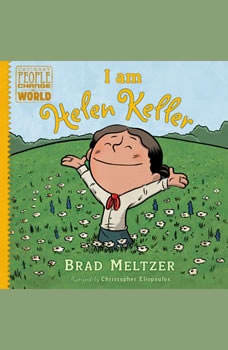 I am Helen Keller

We can all be heroes. That’s the inspiring message of this New York Times Bestselling biography series from historian and author Brad Meltzer

When Helen Keller was very young, she got a rare disease that made her deaf and blind. Suddenly, she couldn't see or hear at all, and it was hard for her to communicate with anyone. But when she was six years old, she met someone who change her life forever: her teacher, Annie Sullivan. With Miss Sullivan's help, Helen learned how to speak sign language and read Braille. Armed with the ability to express herself, Helen grew up to be come a social activist, leading the fight for people with disabilities and so many other causes.