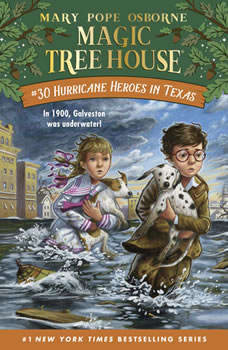 Jack and Annie are caught out in the rain in the most dangerous Magic Tree House mission yet!

Jack and Annie are on a mission! When the magic tree house whisks them back to Galveston, Texas, in 1900, they find out that a big storm is coming. But even though there is rain and wind, no one believes there is any danger. As the storm grows, seawater floods the city. Now everyone needs help! Jack and Annie have a little bit of magic and a lot of hope--but will it be enough?