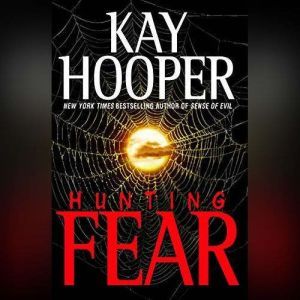 He’s no ordinary kidnapper. Not only does he strike again and again, but he collects the ransom, gets away safely, and leaves his helpless hostages dead. Now, after months of eluding the best that law enforcement can put against him, this monster has left nothing in his wake but a cold trail of unconnected victims. He’s no ordinary cop. Lucas Jordan, a key agent and profiler in Noah Bishop’s Special Crimes Unit, has an extraordinary skill: he locates missing people. But his uncanny ability comes with a price, and his methods rouse mistrust in the hard-nosed cops forced to call him into their investigations. Now Jordan has come to Clayton County, North Carolina, where the latest in a string of kidnapping victims has turned up dead. Complicating the situation is the presence - and predictions - of someone who’s even more of an outsider than Jordan himself: carnival psychic Samantha Burke, a woman out of his own haunted past. Her warnings meet with skepticism from the local police but spur Jordan on to do what he does best: hunt fear. But the killer he is hunting is hunting Jordan - and he’s already several moves ahead in a twisted game whose rules Jordan must learn in order to have a fighting chance. For his psychopathic opponent has extended a very personal challenge - and he’s about to threaten the one life the profiler values even more than his own. . . . 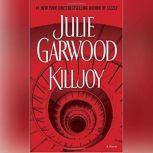 American Romance novelist, Kay Hooper envisioned her career a bit differently when she was younger. She was born in California, but her family quickly moved back to their home state of North Carolina after her birth. Her father was stationed in a California Air Force Base when she was born. In her family of five, she was the oldest child. Her original thought was to take business classes at a community college, but quickly decided that business did not do anything for her interests. After enrolling in some history and literature classes, her focus turned to writing. Her first novel was purchased by Dell Publishing, entitled Lady Thief. Her mother became her personal assistant, and Hooper has had more than 60 novels published. After her mother's death in 2002, her sister Linda became her business manager, publicist, and events coordinator.

Kay Hooper lives the small town life in North Carolina, where she fosters cats and kittens for the local rescue organization. Her family lives close by, and she has many cats and a couple of dogs. She has Kay's Pets Page for readers to view her pet family.

I loved this book. It's part of a series of books, the Bishop/Special Crimes Unit Novel. Everyone in this crime unit has special psychic powers, and they use these to solve the crimes. It's like a more realistic X-Men. I've read one of these before, and plan on reading the rest.