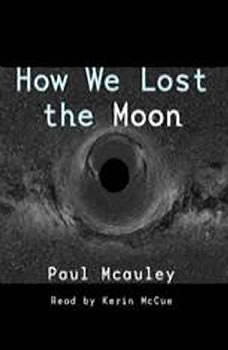 How We Lost the Moon

"On the busy, bustling, colonized future Moon, McAuley reminds us that although everyone makes mistakes, some mistakes have far greater consequences than others..." So writes Gardner Dozois, editor of the Seventeenth Annual Collection of The Year's Best Science Fiction, about this thrilling and meticulous sci-fi tale.