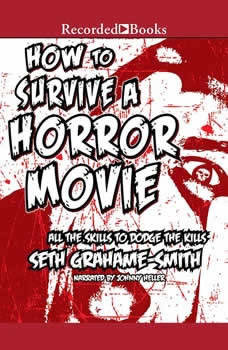 How to Survive a Horror Movie

Seth Grahame-Smith delivers the definitive, essential guide to making it through a horror movie in one piece. As hilarious as it is useful (if you're trapped in a scary flick, that is), How to Survive a Horror Movie covers all the bases. Trapped in a haunted house? Check. Stalked by an evil doll? Check. Wandering aimlessly through the remains of the old world as a plague of zombies sweeps over the planet? Check. Grahame-Smith's delightfully gruesome guide is just the thing for horror buffs and anyone who's ever watched a scary movie.